Our Statement on Late Terminations 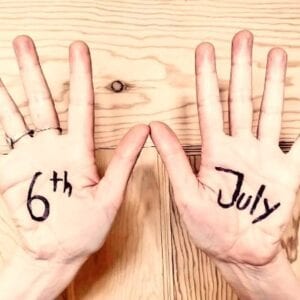 This week Heidi Crowter is taking on the UK Government in the High Court in London, seeking an amendment to the 1967 Abortion Act to end the late termination of pregnancies beyond the 24-week legal limit in cases where there has been a diagnosis of Down’s syndrome.

Commenting on the court case, Eddie McConnell, Chief Executive of the charity said: “We stand shoulder to shoulder with Heidi Crowter and Máire Lea-Wilson in their fight to bring an end to the discriminatory practice that is taking place in relation to late terminations, beyond the 24-week legal limit, in cases where a diagnosis of Down’s syndrome has been confirmed.  It seems astonishing that in 21st century Britain, such outdated and prejudiced views about people with Down’s syndrome continue to influence and drive decisions about late terminations.  We cannot accept that a diagnosis of Down’s syndrome can ever provide that justification.

He continued: “Every single child who is born with an extra chromosome is a person of potential.   No one is pretending that there aren’t challenges ahead for every new-born with Down’s syndrome, but those challenges are rarely to do with the condition.  More often than not, it is because people with Down’s syndrome are not sufficiently valued and respected for the contribution they make to society. This has to change.”

For any press enquiries regarding this matter please contact Claire Serplus on claire@dsscotland.org.uk or on 07825 326 910.

We have some more Summertastic Choir 21 songs and signing instruction videos for you to enjoy. The videos can be vi… https://t.co/GgE1UtUYAS