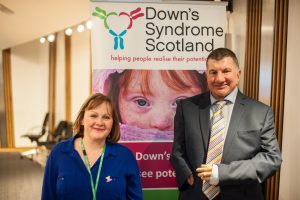 There's still time to join us and Dr. Brian Chicoine, the medical director at Adult Down Syndrome centre, for a spe… https://t.co/5zMlBuKSBD