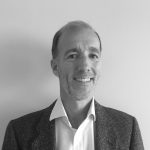 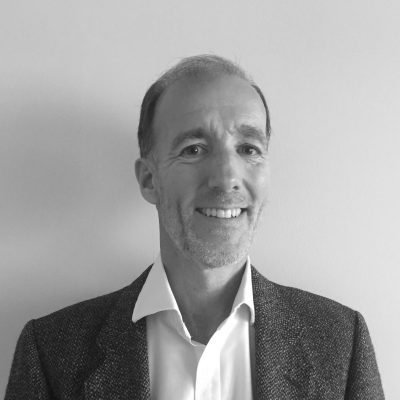 
Stuart became a member of Down’s Syndrome Scotland in 1987, shortly after the birth of his son Andrew. He joined the Board of Trustees in 2017 and was appointed Chair in October 2018. He has spent a large part of his career working with Executives and Boards, in both the public and private sectors, on top team composition and performance. He previously chaired a not for profit organisation specialising in international educational exchange and is currently also chair of a small charity supporting underprivileged children in India. Stuart continues to be guided by Andrew through the challenges and joys of Down’s syndrome. 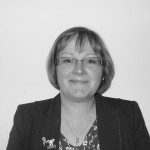 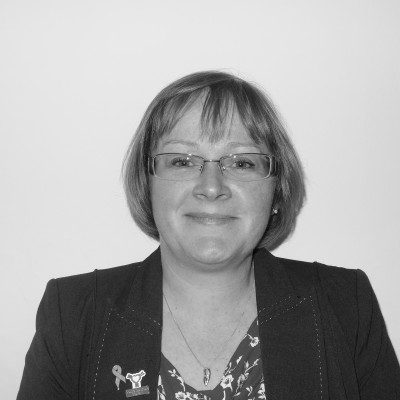 
As a parent of a child with Down’s syndrome, Moira has practical experience of some of the challenges parents face. When her son was born, she took a break from work after 16 years in HR with a large Pensions and Personal Investment Company. Moira now works as a Manager for a small charity providing early years childcare provision. 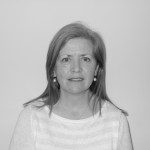 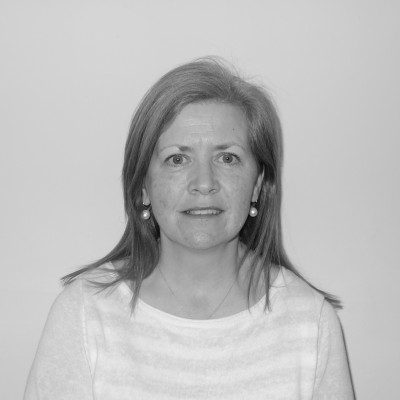 
Theresa is mother to two young men. The eldest is 24 and has Down’s Syndrome while his brother has an inherited metabolic condition. Over the years, Theresa has acquired a great deal of experience working with a variety of professionals and agencies. She has also been part of several committees as a parent representative in relation to health, education and wellbeing connected with her sons. She has been working as a senior manager within both industry and the public sector since completing an MBA in 1991. 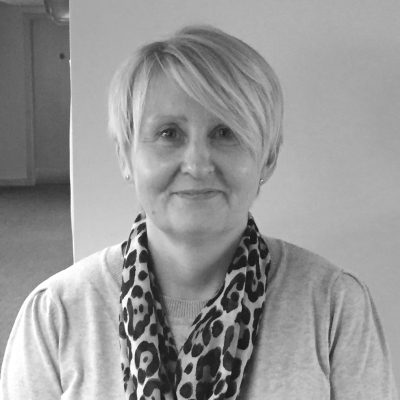 
Sharon is mum to five children with her middle son, Kevin having Down’s Syndrome. This has guided her career with various positions in Health and Social care. She is a dual registered nurse in adult and learning disabilities nursing, with her current role, a Community Learning Disability Nurse. Having joined Down’s Syndrome Scotland in 1994 Sharon has held various positions at both a local and national level of the organisation. She is passionate that we continue to support, enable and empower all people to be valued members of their local community and believes Down’s Syndrome Scotland is key to driving this forward. 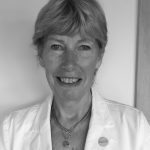 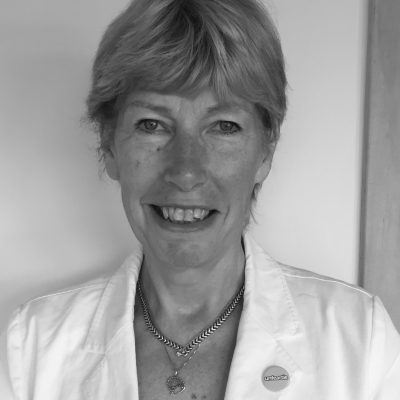 
Dr. Patricia D. Jackson OBE, FRCPCH Paediatrician Honorary Fellow University of Edinburgh Department of Child Life and Health Dr Jackson was born in Northern Ireland, and has lived mainly in Scotland since graduating from Edinburgh University Medical School. Following her medical training she specialised in neuro-developmental paediatrics. Her previous role in NHS Lothian was the development and organisation of Learning Disability Services for children and young people. She established, and was the Clinical Lead for, the CEN NMCN (National Care Network in Scotland for Children with Exceptional Health Care Needs) She is co-Chair of the SIGN ( Scottish Intercollegiate Guideline Network) National Guideline Group for the diagnosis of children and young people exposed prenatally to alcohol. She is a past Chair of (DSMIG) Down Syndrome Medical Interest Group for the UK and Republic of Ireland, and is honoured to be a current Board member of Down Syndrome Scotland and to have been involved with the World Down Syndrome Congress in Glasgow. In her teaching and research roles she has a continuing interest in improving services for children and young people with Down’s syndrome, and Sleep issues in Children and Young People with additional support needs. As well as supporting Down Syndrome Scotland, Dr Jackson continues to work with several organisations on a voluntary basis and is Vice Convener for Children in Scotland, a Trustee for Equal Futures, and Board member of The Yard. 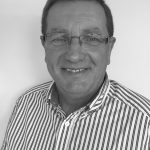 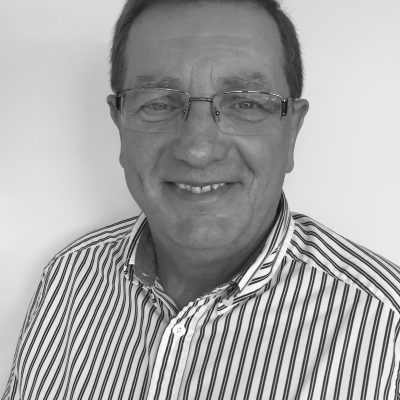 
Jim worked in senior positions within the private sector for over 30 years. In 2006 he moved into the Charity Sector when he became the Finance and resources Manager for YMCA Glasgow. In 2015 Jim became the Finance and Resources Manager for the Scottish Commission for Learning Disability where he became involved with Down’s Syndrome Scotland. Having retired in October 2018 Jim is looking forward to having more time to devote to being Board member. 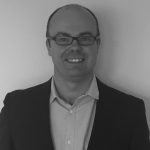 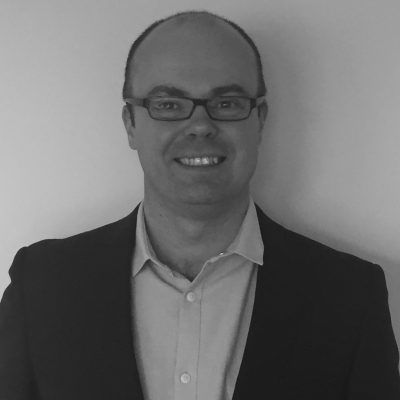 
Stuart McCusker has over 20 years of marketing experience gained mostly in the media industry working for DC Thomson, Trinity Mirror and Johnston Press across a wide variety of departments. He also has hands-on experience of running SME Social Media campaigns from his time working in the Construction and Storage industries and in his current role with Ceteris in Alloa has worked with a number of business to help improve their SEO, online awareness and Marketing policy. Stuart has a young son, Liam, who has Down's Syndrome. 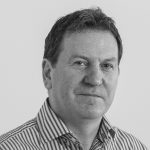 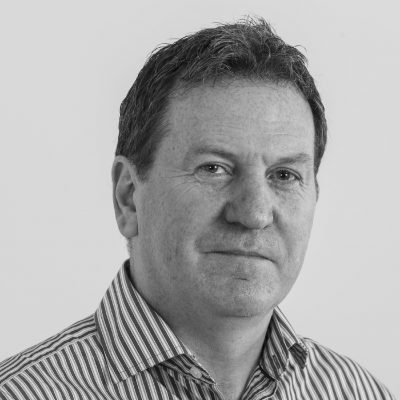 
Alan runs Totalize Media, a Glasgow based marketing agency. Totalize have been fortunate enough to work with some great UK and Scottish based brands over the last ten years, as well as specialising in the public sector, and creating online and above the line campaigns for numerous organisations and companies. Before starting the current agency Alan worked for Thomas Cook, Scottish and Newcastle and Stakis. He then started up Frame Cunningham, an advertising agency that started with just two staff, and which over a ten year period became one of the largest agencies in Glasgow. At Scottish and Newcastle Alan was responsible for the marketing activities for the Scottish on trade, a position that included running various national sponsorships including the McEwan Lager sponsorship of Rangers FC, the McEwan’s Yacht Series and the Edinburgh International Jazz Festival. At Stakis Alan was in charge of marketing all their restaurant, pub and casino outlets, and was in charge of their Ferguson Quality Meats factory, selling the business on, one year later. At Frame Cunningham clients included Courage Scotland, Glengoyne Single Malt Whisky, Cutty Sark International, Moet and Chandon, the Scottish Football team, Daily Record and Sunday Mail, Dundee University, Radio Forth, Cancer Research, and Ladbroke Casinos. Alan has five children. Juliet, the youngest at 14 years old, has Down’s syndrome, which has led to Alan and his wife, Suzie, becoming involved with Down’s Syndrome Scotland. In 2018 Totalize Media ran the ‘21 Reasons’ campaign for the World Down Syndrome Congress in Glasgow. 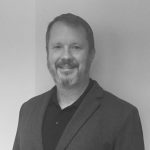 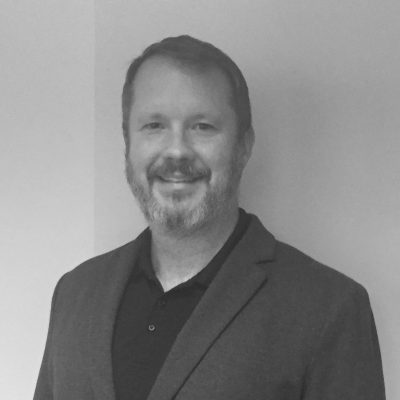 
Jamie has held senior strategy, medical, and marketing roles in multinational companies and started his career as a clinical pharmacist in Canada. He currently is the founder and CEO of a data compliance company that assesses and ensures patient privacy in healthcare data. Jamie has a young son with Down 's syndrome that amazes and inspires him every day driving a passion to create the best possible environment for childhood development and a desire to enhance transitions through life stages into adulthood. 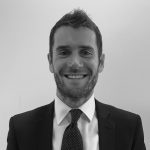 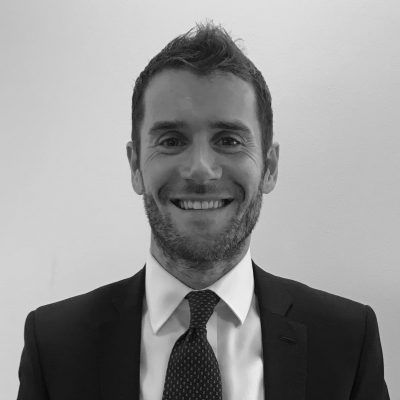 
Aidan is a financial services professional with over 13 years’ experience and is currently a Manager in the Financial Conduct Authority’s Asset Management Department. He joined the regulator in January 2012 and over the past seven plus years, Aidan has overseen the supervision of some of the UK’s largest asset management firms as well as managing several cross-firm projects. Until recently, he has also been helping devise the FCA’s proactive supervisory strategy for the asset management sector with a particular focus on effective governance and oversight. Aidan has an MSc in Finance and Economic Development from Glasgow and an MA in Economics from Dundee. Prior to joining the regulator, he spent over 5 years working for a US multinational investment bank. Aidan is father to two young children and his 28 year-old brother, Michael, has Down’s Syndrome.

The fourth of our 4 Focus Areas is Community! To find out more about what we want to achieve, visit… https://t.co/HF5AJSzE8w